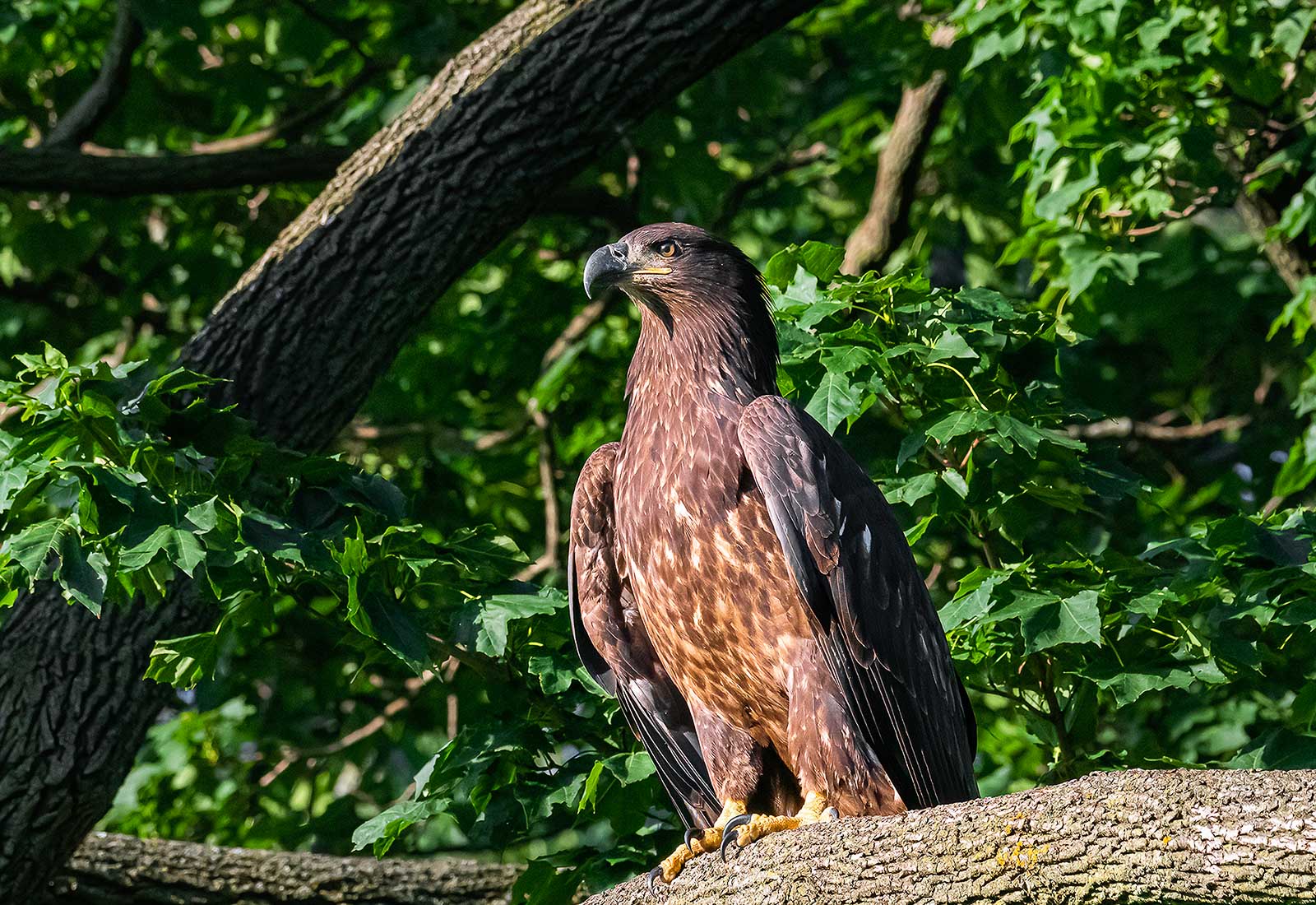 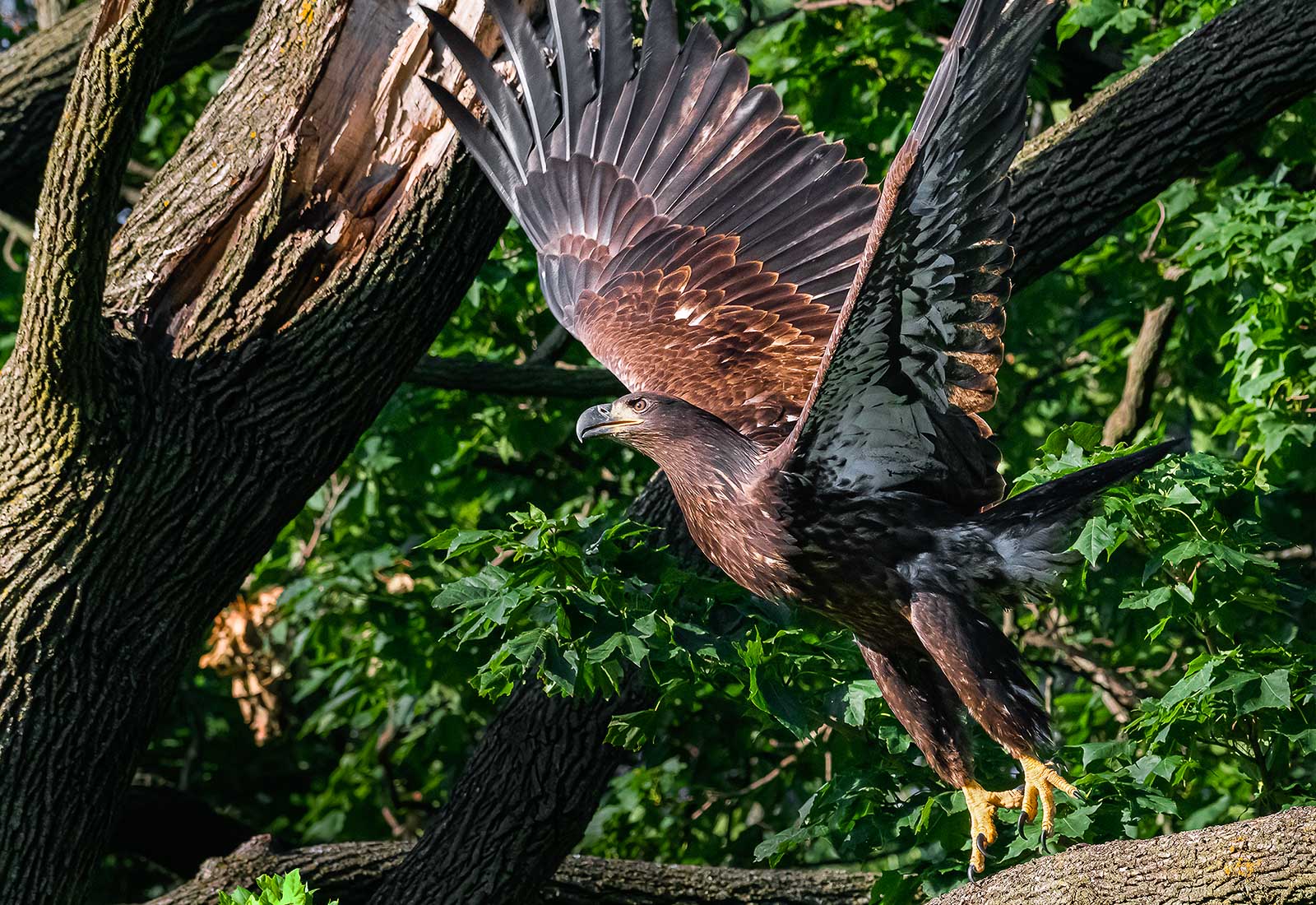 After the two juvenile eagles had fledged during the 2019 nesting season, they began to fly a little further and further from the nest. In July, one of the juvies had flown west of the nest, so a walk was in order to see if it was within reasonable distance to view. After a somewhat lengthy walk up the hill, it could be seen sitting on a branch directly in the sun. It had its back to me originally which enabled me to sneak around the trees for a good vantage point. Then it turned around facing the sun, looked about for a while, and then crouched and took off flying off towards the sun. What a beautiful sight; the feathers of a 3-month old juvenile eagle are stunning!